Start a Wiki
Silent Hill is a large, hazy maze with ominous music found in the Dark Maze world by interacting with the gnarled tree. This place is a suspicious labyrinth of streets; silhouetted figures and a single woman roam the roads. Blood stains can be found at certain crossroads, along with scattered pieces of paper.

Only one normal NPC can be found wandering the streets; hit her with the Nail bat and she will become bloody and give chase to Usotsuki. However, her vision is poor, and it is easy for her to lose track of you. She is one of three characters in Yume Nisshi that could be considered "chasers."

At one dead end, Derek can be found. If you get too close to him and run away, he will eventually chase you down and send you to an inescapable area. This could be considered one of the only real jump scares in the game.

The Pyramid Head effect used to be located here by interacting with an NPC that resembled Silent Hill's infamous monster, Pyramid Head. This is also what caused this world to be dubbed "Silent Hill." As of version 0.03, this effect is no longer available. 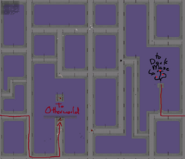 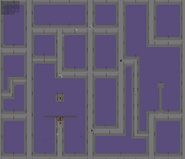 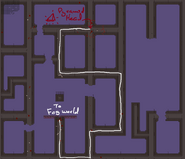 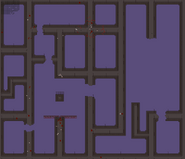 Add a photo to this gallery
Retrieved from "https://yumenisshi.fandom.com/wiki/Silent_Hill?oldid=4954"
Community content is available under CC-BY-SA unless otherwise noted.