Pholus is a boy who appears to work and live in The Marble Hall. He behaves as a normal NPC under most circumstances. A slightly different version of him will hand out different menu themes to you in the Library.

Pholus has heterochromatic eyes; one is blue-grey and one is black. He has been speculated to be either an artist or a taxidermist, depending on what is under the tarp in his studio. The object under the tarp used to give the Centaur effect, but it has since been replaced with the Chimera effect located elsewhere.

He attempts to keep away from Usotsuki when she weilds the Nail Bat, as is normal for NPCs. It has been speculated that Pholus has a sister named Trisha; the two share a Chipset, and have matching eyes and hair.

Pholus' appearance has also been likened to the man who makes up half of the Faceless Couple. For this reason it is thought that he has some relation to the blonde woman in the couple.

His monstrous form appears in the Library, but he cannot harm you because he is trapped behind a counter. Interact with him to receive themes that change the appearance of your stats.

An event involving him can be triggered by hitting him with the nail bat, or more infamously killing Trisha with the nail bat and then going to his room. He will begin chasing you all throughout the hall until he catches you, which will then transport you to an inescapable area. During this event, the once-empty halls will be filled with girls rocking back and forth. 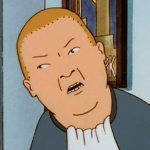 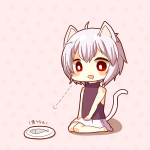 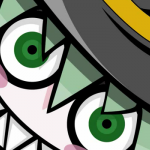 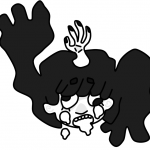